The BMW Group delivered 1,932,236 BMW, MINI and Rolls-Royce vehicles to customers in the year to the end of September – a significant increase in sales of +17.9 percent year-on-year. All brands reported sales growth in all regions of the world. The company continued to build on its strong competitive position in key core markets such as the US, Europe and China.

Munich. The BMW Group delivered 1,932,236 BMW, MINI and Rolls-Royce vehicles to customers in the year to the end of September – a significant increase in sales of +17.9 percent year-on-year. All brands reported sales growth in all regions of the world. The company continued to build on its strong competitive position in key core markets such as the US, Europe and China.

“The sales success of the past nine months shows how our customers appreciate our strong, sustainable and emotionally engaging product line-up. We have so far been able to offset the semiconductor supply bottlenecks over the full year with a strong operating performance. We are confident we can meet our ambitious sales targets and achieve solid, profitable growth for 2021,” said Pieter Nota, member of the Board of Management of BMW AG responsible for Customer, Brands and Sales. “We have more than doubled our sales of fully-electric vehicles since the start of the year – and are therefore underscoring our impressive electro-offensive,” Nota continued.

The BMW Group sold 231,576 electrified vehicles worldwide between January and September (+98.9%). Third-quarter sales of fully-electric and plug-in hybrid vehicles climbed 43.1 percent year-on-year to reach 78,333 units. With a total of 59,688 pure electric vehicles delivered to customers, the BMW Group has seen a 121.4 percent increase in sales since the start of 2021. In particular, the fully-electric BMW iX3*, which has also been available in Europe since the start of the year, gave sales a major boost, with a total of 20,887 units sold in the year to date.

“With the launch of the BMW iX and BMW i4 from November, we will have two new vehicles in the market that will further accelerate the ramp-up of electromobility. New orders worldwide already reflect our customers’ enthusiasm for these new models,” explained Pieter Nota.

In the first nine months of the year, the BMW Group made individual adjustments to its production programme in response to the limited availability of semiconductor components. The company expects the supply situation for semiconductor components to remain difficult. Although the BMW Group has so far been able to absorb the impact of these bottlenecks, the possibility of sales being affected in the coming months cannot be ruled out.

In the year to the end of September, 19.3 percent more BMW vehicles (1,703,080 units) were delivered worldwide. With 764,958 units sold (+20.6%), sales of the brand’s Sports Activity Vehicles and Sports Activity Coupés were particularly strong across all segment. New models like the extensively revamped BMW X3 and BMW X4 have joined the product line-up since the summer. The new BMW 2 Series Coupé and new BMW 4 Series Gran Coupé will soon follow, both of which uniquely embody the brand’s signature driving pleasure and are primed to ensure the success of the BMW brand.

A total of 224,838 MINI vehicles (+7.9%) have been delivered to customers worldwide since the start of the year. The fully-electric MINI SE* was in particularly high demand and its sales have increased 106.6 percent since January, with 20,104 units sold. Overall, 15.2 percent of MINI vehicles released onto the roads in the year to the end of September had an electrified drive train. This strengthens the decision by the brand that stands for urban mobility and sustainability to offer an exclusively all-electric product range by 2030. The all-electric MINI Cooper SE* is also enjoying growing popularity in the fleet business. In the third quarter, for example, two major fleet customers expanded their fleet by 82 and 140 MINI Electric vehicles respectively, giving their employees the opportunity to experience local zero-emission driving fun.

With 123,008 units sold in the year to the end of September (+22.2%), BMW M GmbH increased its sales significantly year-on-year. The success of the M3 and M4 high-performance models introduced in March continued. The X5 M and X6 M once again made a major contribution to this sales success. In the Performance Segment, the M440 Coupé and Convertible were the main growth drivers, alongside the successful M340 derivatives.

Rolls-Royce Motor Cars reported sales of 4,318 (+62.9%) motor cars in the first nine months of the year, surpassing the total figure for 2020. Global demand remains strong across all models in all regions of the world. In particular, new Ghost and Cullinan contributed substantially to the sales success of the brand. The company recently announced its first fully electric car, the Rolls-Royce Spectre, which will come to market in Q4 2023; and that by 2030 all Rolls‑Royce products will be fully electric.

In the first nine months of the year, BMW Motorrad delivered 156,609 motorcycles and scooters to customers (+20.8%). Thanks to its successful growth strategy, BMW Motorrad was able to build on its record first half-year with another all-time sales high for the third quarter. The cornerstone of this success is BMW Motorrad’s fresh product line-up as well as its wide product range, including ten new models since the start of the year. With the market launch of the new R 18 B and R 18 Transcontinental in September, BMW Motorrad is expanding its product range in the important cruiser segment by adding two more highly emotional and authentic new models.

BMW & MINI sales in the regions/markets

The BMW Group maintained its strong performance in the US, ending the first nine months with sales growth of 33.1 percent (265,683 units).

With sales growth of 11.8 percent and delivery of 724,933 vehicles, the Europe region continued to expand its market share in the premium segment.

In its domestic market of Germany, new BMW Group registrations were up 1.4 percent year-on-year, at 204,842. Despite supply reliability challenges, the BMW Group was able to expand its segment share from the previous year.

BMW Group sales in Q3/YTD September 2021 at a glance

BMW & MINI sales in the regions/markets

The delivery figures reported in this press release are provisional and may change up until the Quarterly Report to 30 September 2021 is published. Notes on how delivery figures are prepared can be found in the BMW Group Report 2020 from p.128.

The EQB: all-electric compact SUV with up to seven seats 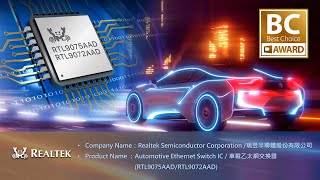