Wörth am Rhein – The world premiere of the Mercedes-Benz eActros took place at the end of June, and today the first series-production vehicle rolled off the production line in the new Future Truck Center at the Wörth plant. The official opening of the production line and the start of operations at the largest assembly plant of Mercedes-Benz trucks were taken over by Daniela Schmitt, Minister of Economics in the State of Rhineland-Palatinate, and Karin Rådström, Member of the Board of Management of Daimler Truck AG responsible for Mercedes-Benz Trucks, together with Sven Gräble, Head of Mercedes-Benz Trucks Operations, Dr Andreas Bachhofer, Head of Plant & Production Wörth, and Thomas Zwick, Chairman of the Works Council at the Wörth plant.

“Today’s start of the eActros series production is a very solid proof that we’re serious about zero-emission transport,” says Karin Rådström, Member of the Board of Management of Daimler Truck AG, responsible for Mercedes-Benz Trucks. “The eActros, Mercedes-Benz’ first battery-electric serial truck, and our related services are a major step for us and for our customers towards CO2-neutral road haulage. And the vehicle also has a very special significance for the Wörth plant and its long-term orientation: the future of Mercedes-Benz truck production is starting today. We want to greatly expand the series production of our electric trucks here.”

Thomas Zwick, Chairman of the Works Council at the Mercedes-Benz plant in Wörth: “This is a historic moment for our plant, but also for the region. The future of transport will emanate from our plant in the Southern Palatinate. New jobs and new job profiles will be created for our colleagues, and along with them further training and qualification opportunities. Our plant is transforming and we are shaping it together!”

“The technology shift in our industry towards locally CO2-neutral trucks also means an immense change for our locations and production. The start of eActros series production is not an everyday ramp-up for us, but a real new beginning,” says Sven Gräble, Head of Mercedes-Benz Trucks Operations. “Our so-called fullflex concept makes it possible to integrate the e-trucks into the existing production. In this way, the plant is able to efficiently and even more quickly adapt to the respective market demand and reliably meet the demanding quality standards of Mercedes-Benz.”

Before the eActros comes to the Future Truck Center for its electrification, it will be flexibly manufactured on the existing assembly line alongside trucks with conventional drive systems. Basically, the assembly of different vehicle types will take place in an integrated manner as far as possible and the basic structure of the vehicle will be built on one assembly line – regardless of whether a conventional combustion engine or an electric powertrain is installed.

The eActros then goes to the Future Truck Center, where the electrification of the vehicle takes place. Intensive preparations for the new production processes have been made there in recent months. This includes, among other things, the construction of a new assembly line. Step by step, the eActros will be further assembled here. In addition to the high-voltage batteries, other high-voltage components are assembled in various production steps, including the charging unit. It forms the interface through which the vehicle is connected to the charging station. Once all the components have been assembled, the entire system is put into operation at the Future Truck Center. The truck is then ready to drive. The vehicle is reintegrated into the regular production process for finishing and final inspection.

The new production processes also result in new requirements for the qualification and further development of the workforce. Started in 2018, over 2,500 employees have so far received further training in the handling of high-voltage vehicles and components at the site’s own training centre in Wörth – and have acquired indispensable skills for the assembly of electrically powered trucks.

The eActros makes the start, further models will follow: In mid-July, the management and the works council agreed on a future target picture that includes the sustainable series production of battery-electric and hydrogen fuel cell trucks at the Mercedes-Benz plant in Wörth, the further development and qualification of the workforce within this transformation, and the further expansion of digitalisation at the site. Daimler Truck is thus clearly committed to the Wörth location, which will play an important role in the company in the long term with a view to the transformation towards CO2-neutral transport. With the decision to manufacture zero-emission trucks in Wörth, the company is securing the long-term capacity utilisation of the plant and stable employment at the location.

Dr Andreas Bachhofer, Head of Plant & Production Wörth: “Our highly flexible production ensures the efficient assembly of both conventional and locally CO2-neutral trucks at the Mercedes-Benz plant in Wörth in the coming years – and thus the competitiveness of the entire location. Wörth is becoming the hub for the transport of the future in the Mercedes-Benz truck production network. We are combining our technological know-how with fully flexible and efficient production, and all of this in a CO2-neutral, digitalised factory with the corresponding logistics and infrastructure.”

In addition to the products, the entire Wörth site, including production, will be CO2-neutral from 2022, just like all other European Daimler Truck plants. A unique green power concept at Daimler makes it possible, among other things: CO2-free power procurement from renewable energy sources will form the basis for CO2-neutral production. As part of this, the site will obtain electricity from wind and solar farms as well as hydroelectric power plants from 2022 onwards. On the way to becoming a green factory, the Mercedes-Benz plant in Wörth is also to operate CO2-free in the long term by successively establishing a completely renewable energy system over the next few years. The constant improvement of energy efficiency at the plant also plays an important role. One example: In the long term, a central absorption refrigeration system will replace hundreds of decentralized air-conditioning units at the site, using existing heat instead of electricity for air conditioning. Existing buildings and infrastructure are also being completely renovated in terms of energy efficiency, and new, more climate-friendly technologies are being used in production, such as the “Eco Paint” process in the paint shop.

The Mercedes-Benz eActros – from concept vehicle to series product

After Mercedes-Benz Trucks had presented the concept vehicle of a heavy-duty distribution truck for urban areas at the 2016 Commercial Vehicles IAA in Hanover, ten prototypes of the eActros went into practical testing with customers in Germany and other European countries from 2018 onwards. The aim of the “eActros innovation fleet” was to learn together with customers for the production-ready eActros. Compared to the prototypes, the production model is significantly improved in some aspects such as range, drive performance and safety.

The technological heart of the eActros is the drive unit with two integrated electric motors including a two-speed transmission. The two motors ensure impressive driving comfort and high driving dynamics. At the same time, the quiet and emission-free electric drive also allows night deliveries as well as entry into inner cities where there are diesel driving bans. Depending on the version, the eActros gets its energy from either three or four battery packs and can achieve a range of up to 400 kilometres[1]. The eActros can be charged with up to 160 kW. The three battery packs need a little more than an hour to be charged from 20 to 80 percent at a standard DC fast charging station with 400A charging current[2]. With respect to availability and performance, the eActros is thus ideally suited for daily distribution operations.

In order to support hauliers every step of the way in the switch to e-mobility, Mercedes-Benz Trucks has embedded the eActros in an overall system that also includes consultative and service offers for customers and thus the best possible vehicle utilisation, optimisation of overall costs and the establishment of a charging infrastructure. In addition, the electric truck is characterised by its high level of digitalisation and connectivity.

This also applies to vehicle safety. With the latest Actros generation with conventional diesel drive, Mercedes-Benz Trucks has already impressively demonstrated the level of safety that is possible on the road today and the measures with which the manufacturer is pursuing its vision of accident-free driving. In the case of the eActros, Mercedes-Benz Trucks has not only focused on active safety, for example in the form of systems such as MirrorCam, S1R Turning Assistant or fifth-generation Active Brake Assist (ABA) with pedestrian detection, but also on the challenges associated with electric vehicles and high-voltage systems.

In a first step, the series model of the eActros is available in Germany, Austria, Switzerland, Italy, Spain, France, the Netherlands, Belgium, Great Britain, Denmark, Norway and Sweden. Other markets will follow. 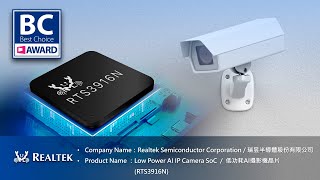