The Autoware Foundation, a non-profit organization created to initiate, grow, and fund open-source collaborative engineering Autoware projects, announced the launch of the Open AD Kit. This new project will provide a reference starter kit allowing autonomous developers to use cloud-native paradigms for the development and deployment of autonomous applications.

The Open AD kit is based on Arm’s recently announced Scalable Open Architecture For the Embedded Edge (SOAFEE) initiative, which brings the real-time and safety needs of automotive together with the advantages of a cloud-native approach, using Autoware.auto as the reference workload for autonomous driving applications. The Open AD kit will run both natively in cloud instances on the AD development platform provided by Tier IV, and on reference hardware platforms provided by ADLINK Technology and Autocore.

Key technologies from the SOAFEE architecture that provide some of the baseline capabilities of the Open AD kit include containers, allowing for workloads to be easily developed in the cloud and then deployed as microservices to the vehicle, and an orchestration service that enables that deployment from cloud to vehicle.

The first version of the Open AD kit will be available here before the end of 2021, and as the project matures it will allow for both commercial and open-source workloads to be made easily available to developers. Key contributors to the initial Open AD kit release include Tier IV, Autocore, Arm, and ADLINK, supported by various working groups in the Autoware Foundation. These companies will be providing their expertise and technologies to bring the Autoware.auto autonomous driving solution into both cloud and vehicle environments, providing a seamless autonomous development and deployment environment.

“The Open AD kit has been a truly collaborative initiative to introduce a reference implementation that can be used immediately by developers of autonomous vehicles,” said Shinpei Kato, Chairman of the Board of Directors of the Autoware Foundation.

“The Open AD kit is critical to helping accelerate the development of autonomous systems. By bringing a cloud-native experience to developers , it will be much easier to manage the frequent workload optimizations needed for a successful deployment ,” said Yang Zhang, Board of Directors of the Autoware Foundation.

“The future of automotive is software defined, and no more so than with autonomous drive systems. Being able to develop mixed critical automotive applications from cloud to automotive edge is a critical aspect that Open AD Kit intends to deliver” said Girish Shirasat, Board of Directors of the Autoware Foundation.

“The cloud-native development, verification and deployment to edge hardware platforms enabled by Open AD kit will significantly reduce the investment and time to market of autonomous systems,” said Jim Liu, Board of Directors of the Autoware Foundation.

For more information on the Open AD kit project, Shinpei Kato and Girish Shirasat have a paper at Arm Dev Summit, taking place on October 19-21st 2021. See here for more details. Industry players looking to participate in the Open AD Kit or get involved in Autoware can email auto@autoware.org or visit https://autoware.org/. 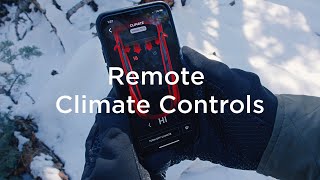