HERNDON, VA., Nov. 8, 2021 – The all-new Q4 e-tron has been recognized as Green Car Journal’s 2022 Green Car of the Year. In a clear display of the rising competition in the electric vehicle space, finalists considered for this year’s award were comprised entirely of battery electric vehicles, the first time in the award’s history. The 2022 Audi Q4 e-tron and Q4 Sportback e-tron will arrive to customers as the brand’s most attainable premium electric SUV models, with an anticipated potential federal tax credit of up to $7,500.

The Audi Q4 e-tron was selected due to its exceptional efficiency, with an EPA estimated range of 241 miles on Q4 50 e-tron and its sportback variant; its tech-rich offerings, including available augmented reality head-up display and customizable daytime running lights; and its overall driving experience, which is complemented by available dual pane glass offering exterior noise reductions allowing a serene and uninterrupted journey. Designed to be versatile for life’s adventures, the Q4 e-tron model line features seating for five, ample storage for everyday items, and available towing up to 2,600 pounds on the quattro models.

The Q4 40 e-tron arrives equipped with rear-wheel drive and is powered by an asynchronous electric motor producing 201 horsepower and 229 lb-ft of torque. This gives the vehicle a 0-60 mph acceleration in 7.9 seconds. The Q4 50 e-tron quattro and its sportback variant offer Audi’s signature quattro four wheel drive and come equipped with dual asynchronous electric motors, which raises the horsepower to 295 and 339 lb-ft of torque. These higher-powered models have a 0-60 mph acceleration of 5.8 seconds. The Q4 e-tron model line comes to market supported by an Audi ecosystem designed to make a seamless transition to electric vehicle ownership. Customers can configure their Q4 e-tron at audiusa.com, today.

*Official confirmation on EPA-estimated range and MPGe for the Q4 40 e-tron will be announced in the near future.

The successful ID family continues to grow: the new ID.5 is the first electric SUV coupé from Volkswagen 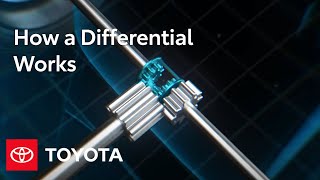