The 26th United Nations Conference on Climate Change (COP26) was held in Glasgow, UK from November 1 to 12. This is the most important annual climate conference in the world. This year, nearly 200 world leaders will gather together to discuss how to accelerate the realization of the Paris Agreement and the United Nations. Goals of the Framework Convention on Climate Change. Although there are differences of opinion and constant off-site disputes, it is generally believed that this year’s Glasgow Climate Agreement has achieved at least two concrete results-for the first time the goal of reducing global coal consumption has been established, and the cross-border trading of carbon emission rights between governments and companies Establish clearer regulations, hoping to achieve net zero carbon emissions as soon as possible.

The primary task of COP26 is to allow governments to step up efforts and speed to reduce carbon emissions by 2030 and achieve net zero emissions by 2050, so as to curb the global average temperature rise beyond 1.5°C by the end of this century, and submit specific plans. Advanced and rich countries pledged to provide 100 billion U.S. dollars a year to help poorer and vulnerable countries reduce carbon emissions and protect them from the effects of climate change. However, the reality is that advanced countries have never fully fulfilled their promises. In 2017, the funds provided were only 71.2 billion U.S. dollars, which increased in 2018, but only reached 78.9 billion U.S. dollars. Although the countries most severely affected by climate change require advanced countries to take the issue more seriously, so far, the issue of “climate damage” has not been fully addressed in formal negotiations. The 6th Climate Change Assessment Report AR6 WGI published by the IPCC (Intergovernmental Panel on Climate Change) pointed out that the average surface temperature has increased by 1.07°C compared to before the Industrial Revolution, and in less than 10 years, the temperature increase may exceed 1.5°C. .

At COP26, more than 40 countries have pledged to phase out coal by 2050, and leaders of another 100 countries have pledged to end or reverse deforestation by 2030, but this includes China, the United States, Australia, and India. Several major coal-producing and using coal countries have not yet joined, reflecting the difficulties of international cooperation in response to climate change. At the same time, the United States and the European Union announced that they would cooperate to reduce methane (CH4) emissions.

Despite the divergence of opinions and constant off-site controversy during the 12-day conference, many people went from high expectations to final disappointment and anger. Even the “Glasgow Climate Agreement” announced on November 13 was “deeply” from the chairman of the conference, Alok Sharma. Disappointed” but had to compromise an agreement-because if you leave without reaching an agreement, the result will be worse. However, some people believe that just for the first time to set the goal of reducing global coal consumption and to set clearer regulations for the cross-border trading of carbon emission rights between governments and companies, the Glasgow Climate Agreement is enough to become a successor to the 2015 Paris Agreement. “The most sincere” international agreement.

Net zero has become a global consensus. Since the signing of the Paris Agreement, the number of new coal-fired power plants planned globally has fallen by 76%. However, can clean and renewable energy sources that replace coal be quickly made up? This is another crucial issue. A report issued by the International Energy Agency (IEA) before the COP26 conference pointed out that the global switch to clean energy is still too slow, not only difficult to fulfill climate promises, but also may cause greater price fluctuations; if you want to reach a climate agreement, The promise of investment in clean energy and related infrastructure should be more than three times the current amount.

Although there are still many issues left for COP27 to allow representatives of various countries to further discuss and resolve, and the goal of “global warming not exceeding 1.5°C” seems still far away, if countries around the world are willing to face the crisis of climate change and work hard to unite and cooperate, they will be able to move forward. Take every important step in the right direction.

Efficiently and sustainably into the future: At “Shaping the Now and Next”, Mercedes-Benz Trucks will be presenting solutions for road haulage that is both economically efficient and CO2-neutral 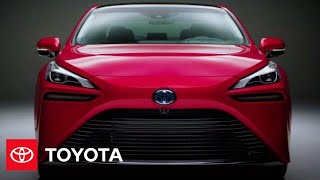